By What Age Should I Spay or Neuter my Large Breed Dog?

By What Age Should I Spay or Neuter my Large Breed Dog? 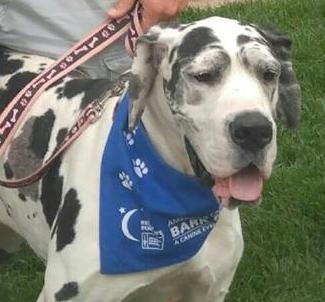 When Should I Spay or Neuter My Pet?

For many years veterinarians have been recommending spaying and neutering pets while they are young.  The average age was typically four to six months.  But in recent years, some new medical studies involving large and giant breed dogs such as Labrador Retrievers or Great Danes suggests that early spay and neuter may cause delayed closure of growth plates resulting in longer, thinner bones and may increase certain types of musculoskeletal injuries such as cruciate ligament tears.  Females may also have a higher incidence of urinary incontinence if spayed before their first heat cycle.

So, at what age should you spay or neuter your pet?   Well, for cats and small dogs, any time after four months of age is still fine.  Medium breeds should wait until they are six to eight months old.  The problems noted in the studies apply only to large breed dogs.  For large and giant breed dogs, it is now recommended to wait until they are fully mature which would be between twelve to eighteen months of age.  This means most females would have one heat cycle before they are spayed.

What are the pros of neutering your dog later?  Allowing the skeleton to mature and reach its full size is thought to reduce the incidence of skeletal problems common to large breed dogs such as hip dysplasia and cruciate ligament tears.  Spaying females after their first heat cycle may reduce the chance of them having a recessed vulva which in turn may prevent bladder infections, perivulvar dermatitis, and urinary sphincter incontinence (leaking urine).  It is also possible that spaying or neutering at a later age may reduce the risk of certain types of cancer, though the information at hand is inconclusive at this time and more studies are definitely needed.

Are there any cons to neutering at a later age?  If your pet is displaying any aggressive tendencies or urine marking behaviors, spaying or neutering earlier rather than later may be beneficial.  Spaying females after their first heat may lead to a slight increase in development of mammary tumors as opposed to spaying before the first heat.  Having intact male and female dogs in the same household could result in unwanted breeding, so spaying or neutering before sexual maturity would be recommended in this situation.  Finally, there may be personal reasons for wanting your dog to be spayed or neutered early, such as not wanting them to deal with the mess of a dog in estrus, cost concerns or other issues.

Please note, we still strongly recommend that you spay and neuter your pets, as many behavioral and health issues can be prevented by doing so.  But, the new evidence is compelling for waiting a bit later to do surgery in our large and giant breed dogs.  Talk to your veterinarian to get all the information and make decisions that are best for the health of your individual pet.