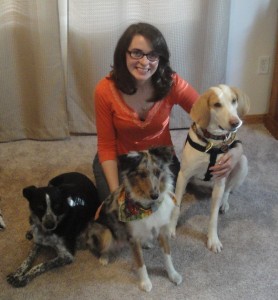 Hagerstown native Kelli Swanson joined the PVH staff in February 2013 as a client relations specialist and became the client relations coordinator in August 2013 before becoming Office Manager. Her impressive background includes a BA in psychology with a minor in educational studies. She has worked as a substitute teacher, performed extensive volunteer work and lived for 2 years in Lawrence, Kansas where she taught preschool and completed studies of children with behavior disorders.

While living in Kansas, Kelli volunteered at the local Humane Society and began to form a special bond with her dog Abby, a blue merle sheltie who proved a great comfort to her while spending 2 years so far from home.
“I got more interested in animals once I had my own,” says Kelli. While still in Kansas, she adopted her second dog Astro, a blue heeler border collie mix rescued from a puppy mill. “They really are like family—I’m definitely their mom!”

Being a doggie mom inspired Kelli’s choice of jobs when she relocated from Kansas to Pennsylvania. She has thoroughly enjoyed her time so far at PVH and the daily interactions with clients and pets.
“I enjoy working with both people and animals,” she says. “Plus, there aren’t many jobs where you can go play with animals while you’re working!” After only being at PVH for 5 months, Kelli adopted her third dog Daisy, a rescued dog from North Carolina with heartworm disease. Kelli has also started to foster dogs with the help and support of other PVH employees. Kelli’s fur family has since grown and now includes three cats that came to her as strays: Kramer, Allis, and Charlotte.

Kelli loves being a mom and enjoys any free time with her son, Leo and husband, Daniel. The family likes to attend farm shows, anything thrifty. And spending time with their fur family. 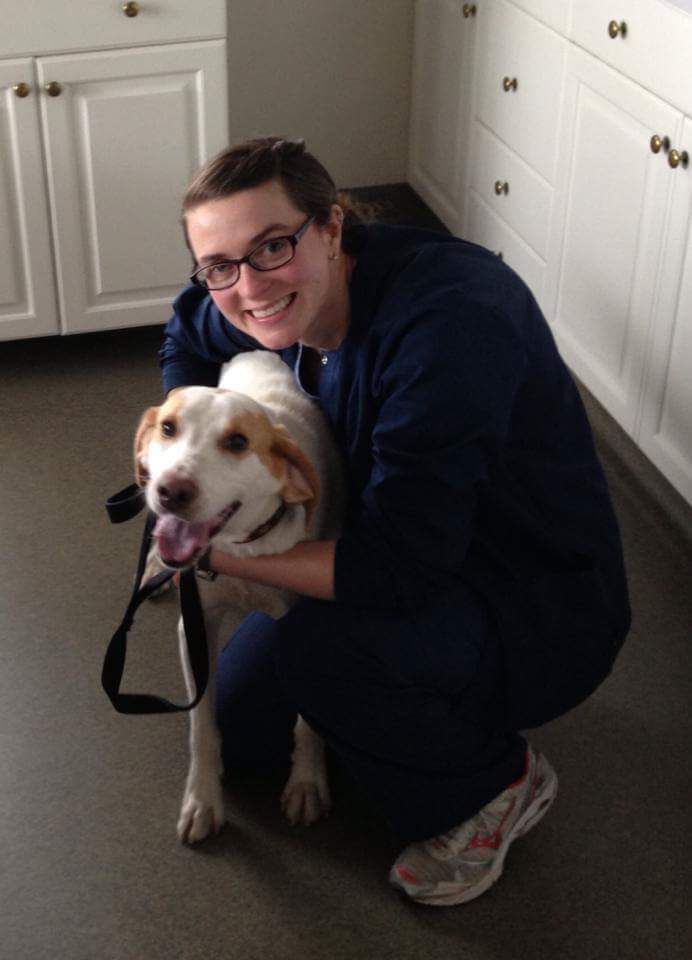