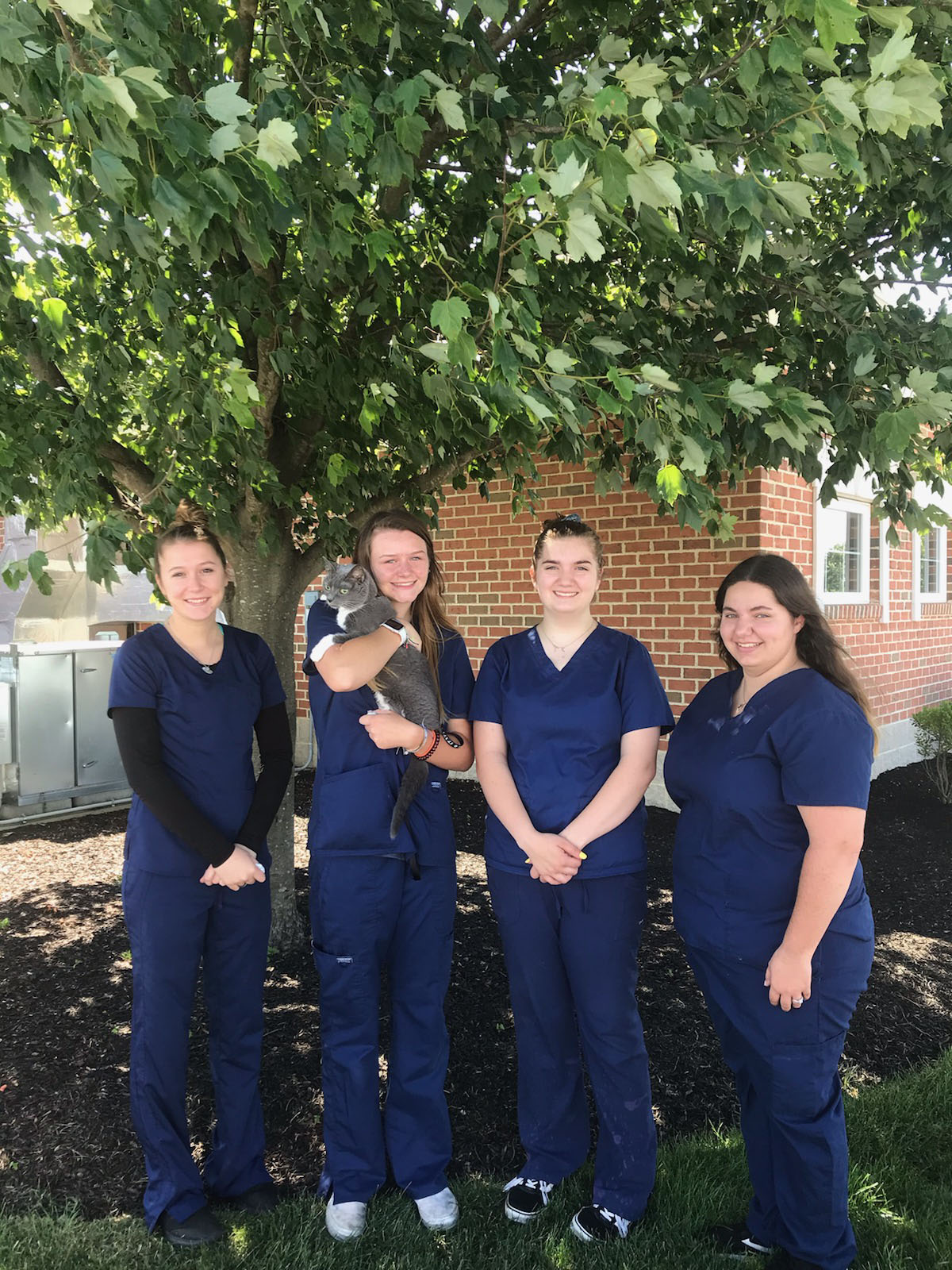 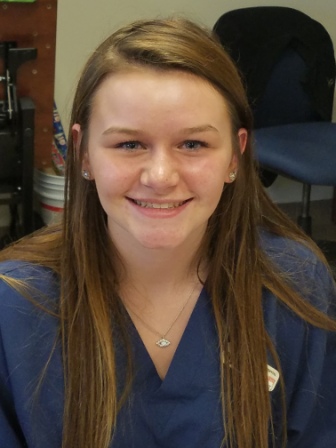 Hailing from Dallastown and currently a senior at Dallastown High School, Cambrie decided to join the Patton team in November 2017 because she, “plan[s] on being a veterinarian in [the] future and this is a great opportunity for experience and new friendships.” Read More 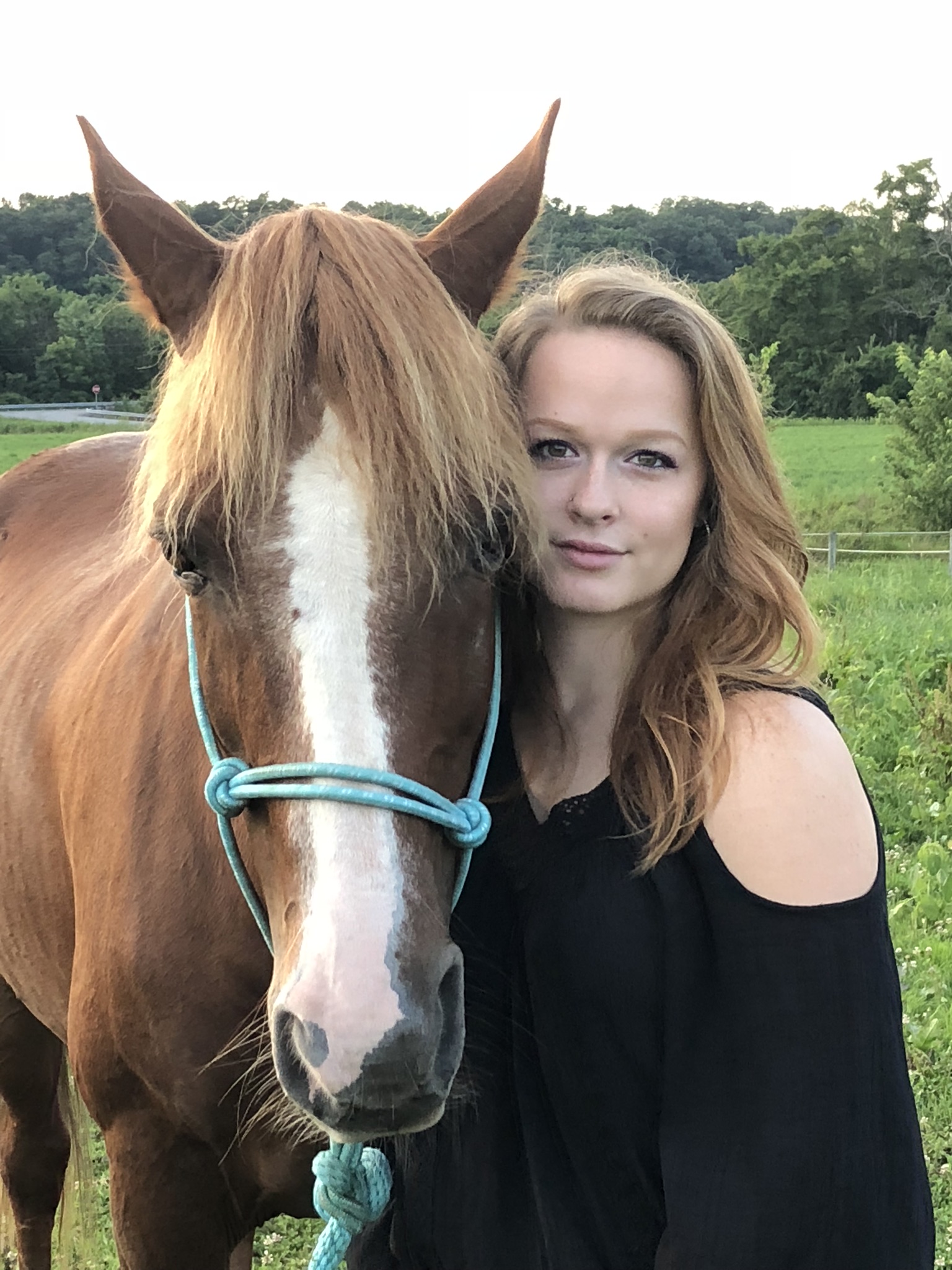 Savanna grew up in Middleburg, PA and joined Patton’s Animal Care team in December 2019. She graduated from Midd-West High School and is currently enrolled at York Technical Institute.

Savanna owns four cats, three rabbits, a dog named Bandit, a horse and a snake named Jo! She chose to work at Patton because she wanted to work with animals and help them for the rest of her life.

Savanna has known since she was little that she wanted to work with animals stating, “All throughout my life, I’ve been animal crazy.”  Since high school, she acquired several pets and her horse. She worked on a chicken and dairy farm and two horse farms.  She says shadowing at a local veterinary office, “sealed the deal” for her because she knew right then her end goal would be to become a veterinary technician.  Savanna subscribes to the wise words, “Don’t ruin a good today because of a bad yesterday.”  Very good advice!

Savanna loves riding her horse, Teek, and rides all day in her free time.  Since crossing a trip to Germany off her bucket list, she now aspires to travel to England to meet her grandma one day.

We welcome Savanna to Animal Care and hope she will thrive here and realize her dream to become a vet tech.  We know she’ll do a good job!

Alexis joined Patton Veterinary Hospital’s Animal Care team in December 2019 after an internship at our hospital.  A graduate of Red Lion Area High School, she wanted to work at Patton because she loves working with animals and to make a positive difference in the world.

Alexis currently has two pets—Marlin, a betta fish and Sunny the cat. She enjoys hiking and painting when not at work and aspires to learn scuba diving one day.

We are happy to have Alexis as part of the Patton team and we know she’ll take good care of your pets.

Robyn joined the Patton Veterinary Hospital Animal Care team in January, 2020. Born in Okinawa, Japan, Robyn is part of a military family and has also lived in Utah, Virginia, Hawaii and now, Pennsylvania!

Robyn aspires to be a veterinarian one day, but also enjoys photography and art. If she could do anything she wanted, she would travel to Sri Lanka for a few months to photograph the country.A graduate of Kalaheo High School, Robyn then attended Westminster College in Tennessee where she earned a BA in art with a minor in psychology in 2017.

Robyn has two cats named Grimm and Batty. She fell in love with working with animals in college and when photographing dogs for a local veterinary shelter. Robyn then volunteered and worked in two different kitten nurseries. She describes herself as “a mixed media artist with passion for animals.” Robyn cites her favorite quote as one from Oliver Wendell Holmes, Jr. who said, “A mind that is stretched by new experiences can never go back to its old dimensions.” We hope that the new experiences Robyn will experience at Patton will help her realize her dream to be a veterinarian, but, until then, we are happy to have her on the PVH team!