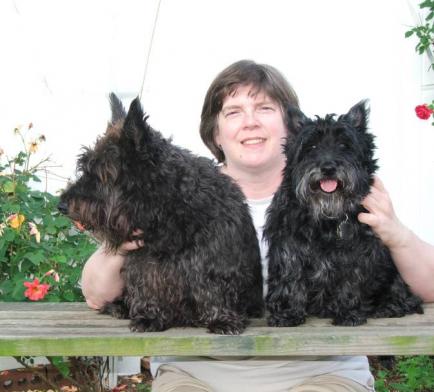 Becky Latterman (Bosley) began her PVH career in 1975 as a kennel assistant for Dr Don Patton. At that time the practice was still known as Red Lion Animal Hospital and was located on Pleasant View St. The hospital operated with a smaller staff in those days, and Becky was one of several employees who quickly became comfortable wearing different hats.

Members of the staff shared their work responsibilities easily with everyone. Becky was able to learn and experience all of the typical job functions of a successful veterinary practice. She worked as a receptionist, inventory controller, tech assistant and surgical nurse, many within the same week. “We were able to do everything that was required, and above,” she remembers.

Born in Baltimore, Becky never planned on a veterinary career even though she spent her entire life in the presence of animals. She frequently helped her grandparents, who raised steer, chickens, rabbits and geese, to name a few. She also worked for Avalong Horse Farm where her duties included cleaning the stalls and helping out at local horse shows. “It was my dream job,” she says. “If I was able to own a horse I would have one!”

A lifelong cat lover, Becky proudly states that her household has never been without at least one cat. She has also owned a number of Scotties over the years and today shares her home with a Westie as well.

In 1983 Becky became a licensed veterinary technician for the state of Pennsylvania, and continued to practice nursing until 2005. She still maintains her membership with the state association, as well as with the National Association of Veterinary Technicians in America (NAVTA). She continues her nearly 40-year career at PVH as one of two staff members in charge of medical records.