Entropion in Dogs and Cats 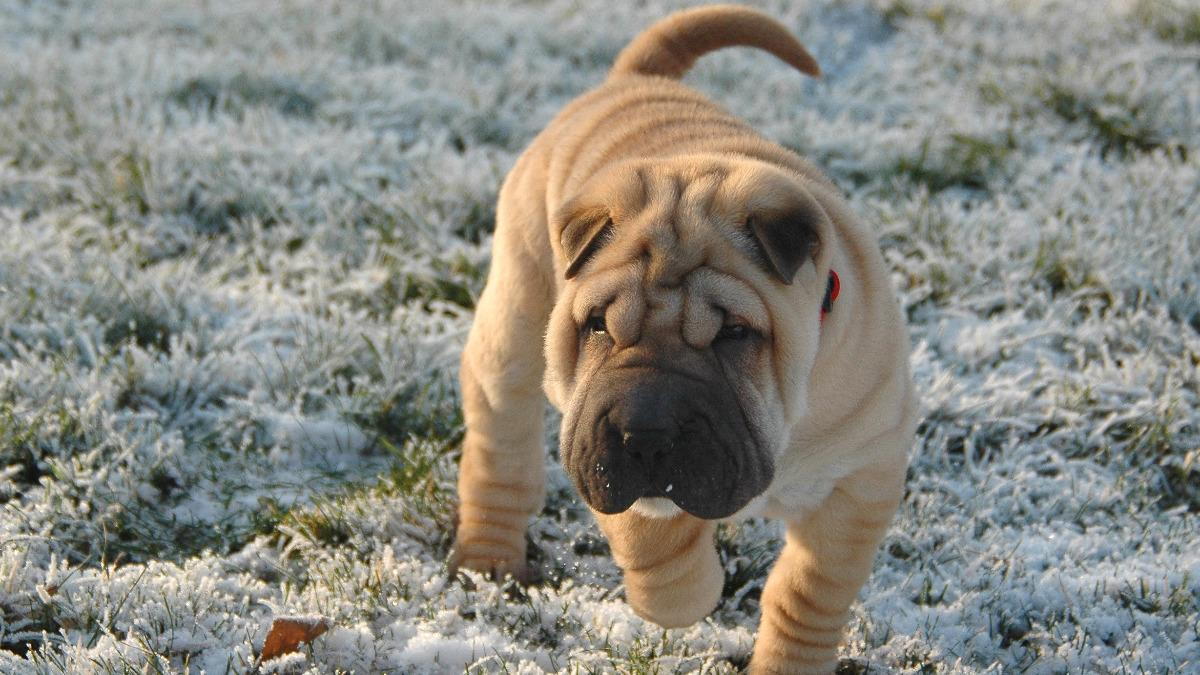 Entropion in Dogs and Cats

Entropion refers to a condition in which the upper or lower eyelid turns under and lashes or hair rub the surface of the eye causing pain, redness and excessive tear or mucus production.  Affected pets may also squint or rub their eyes.  Severe cases may cause painful ulcers an scarring on the corneas affecting vision.  In dogs, it is often secondary to a genetic defect and symptoms often appear before the dog turns one year of age.  Any breed can be affected, but, the most common breeds are English bulldogs, Shar Pei, St. Bernards, Boxers and Great Danes as well as others.

Treatment of corneal ulcers requires use of antibiotic ointments and minor cases of entropion might be managed with frequent use of lubricating ointment or drops to reduce irritation.  But, ultimately, nearly all dogs require surgery to correct the abnormal eyelid.  A small wedge of skin is removed from below the lower lid or above the upper lid and the skin is sutured to evert or “turn out” the underturned eyelid tissue so it no longer rubs the surface of the eye.  Dogs with entropion should not be bred due to the inherited nature of the problem.

Cats can get entropion as well though it is much less common. Entropion in cats may also be due to a genetic defect and is more common in short-nosed breeds such as Persians. Symptoms and treatment are the same as that for dogs.  Occasionally, it can be caused by spasming of the eyelid in response to a corneal ulcer.

Entropion is a painful, chronic condition for most pets requiring surgical correction as well as interim treatment for any corneal ulcers that may be present.  Once corrected, especially if surgical intervention occurs early, pets with entropion do not typically have long term complications and are much more comfortable.