Do Dogs and Cats Have Dirty Paws? 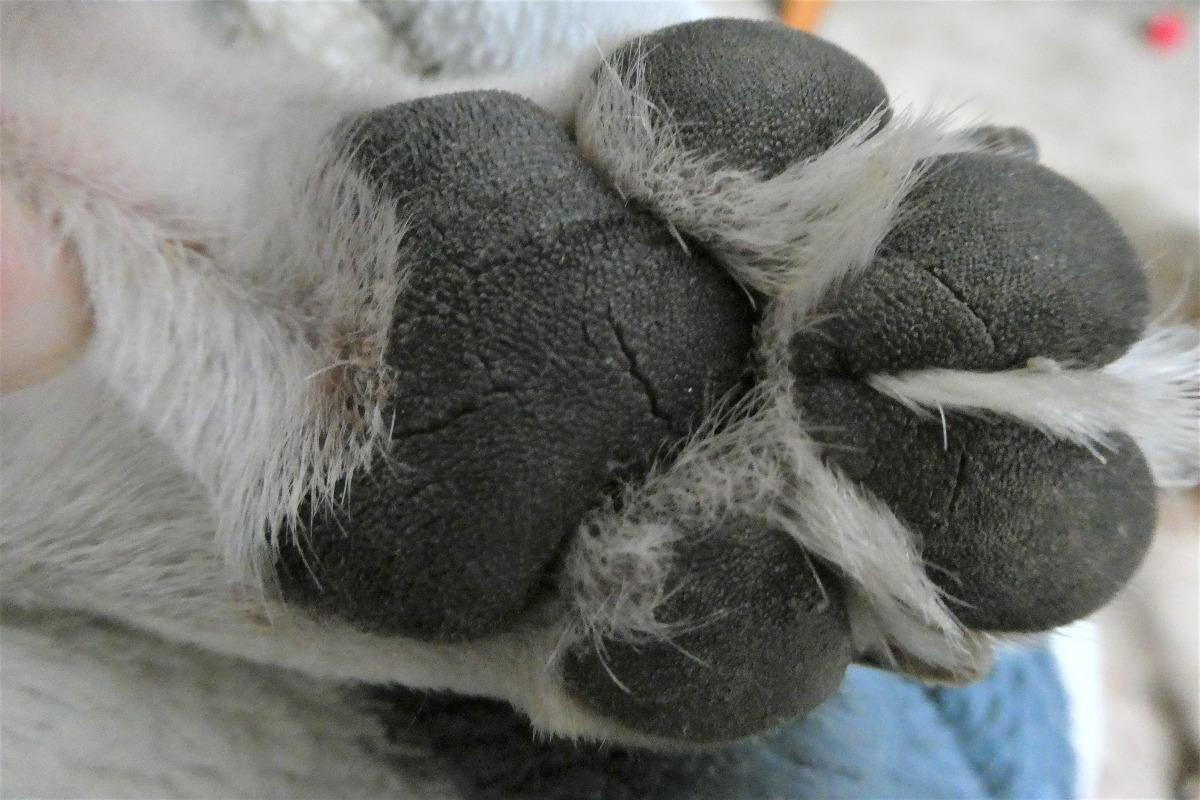 Do Dogs and Cats Have Dirty Paws?

Ever wonder what sorts of things your dog or cat might be tracking into the house on their paws? Besides mud, pets can have various types of pollens, fungus and bacteria and a few parasites like hookworm eggs.  How dangerous are the organisms on your pets’ paws and should you be worried?  And what about that funky corn chip or popcorn smell most dog’s feet have? Let’s find out more!

Dogs have a variety of normal bacteria on their paws and skin such as Proteus and Pseudomonas that are everywhere in our environment and do not pose a threat to the dogs or their owners. However, dogs lick their paws, sweat through their paws and have nearly constant contact with the ground. These normal bacteria produce by-products that cause that corn chip smell. Totally normal!  Dogs’ paws can be infected with harmful bacteria causing an infection called pododermatitis.  If your pup’s paws are red, he is licking excessively, the skin looks moist, or there is a foul odor (more than that corn-chip smell) make an appointment with the vet as serious infections require treatment.

What about bacteria from poop? Is that found on dogs’ and cats’ paws? After all, cats are stepping in a litter pan in their “bare paws” so to speak and dogs may step in poop outside.  What’s on those toes? A study in the Netherlands showed that dogs’ paws were actually cleaner than the soles of peoples’ shoes and there were surprisingly few fecal bacteria present, so the risk is pretty low. There can be harmful bacteria on cat’s paws and cat scratches can sometimes lead to infection. Always clean a cat scratch and seek medical attention if you feel ill or if there are signs of infection such as redness or swelling of the skin. Do your best to limit cats from walking on tables and countertops, but let’s face it, anyone who owns cats know they pretty much go where they want.  Practice good hygiene by wiping counters and tables with disinfecting wipes before food prep or eating and this should limit any concerns.

Should you regularly clean your dog’s or cat’s paws?  Routine cleaning of your pet’s feet probably isn’t necessary, however, if your pet has obviously dirty feet or you’ve seen her step in some poop, a wipe down with a damp towel or unscented baby wipe wouldn’t hurt.

Occasionally, parasite eggs like those from roundworms and hookworms can stick to paws and cause infections in pets and people.  Be sure to keep your pet protected with monthly or periodic dewormers and have fecal samples checked for intestinal parasites one to two times a year.

The bottom line is, while there are some bacteria on our pet’s paws, in general the risk to pet owners is low. Use good general hygiene washing your hands after handling pets and cleaning countertops before preparing food.  Clean your pet’s paws as needed but there’s no need to be fanatic about it.  However, if your pet’s feet look red or have an unusually bad odor, have her checked by a vet as harmful bacterial infections can affect your pet’s feet. Keep those paws healthy!