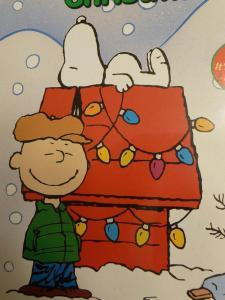 Merry Christmas!  I thought we would take a break from my normal educational blog to have a lighthearted look at some of our favorite canine Christmas characters this week.

First up, who doesn’t love the Grinch’s lovable sidekick, Max?  In both old and new versions of the tale, the Grinch uses sweet Max as his reluctant “reindeer” to pull his sleigh into Whoville stealing all the presents, trees, ornaments and even the last can of Who Hash.  And even though he’s, well, a grinch, you can clearly see the affection the Grinch has for Max.  Max gets a slice of roast beast in the 1966 version and a new Christmas toy in the 2018 version!  There’s a soft spot for Max in the Grinch’s heart after all.

Next, is my all-time favorite Christmas special, A Charlie Brown Christmas featuring Snoopy.  Snoopy is quite the comedian as he shows off his “acting” skills providing impersonations of all the animals in the Christmas play, dancing exuberantly to Schroeder’s piano music and giving Lucy a big wet kiss on the lips!  He also wins the super spectacular lights and display contest thus providing the decorations to transform Charlie Brown’s sad little tree into a beautiful symbol of Christmas.  For Snoopy and the gang, the commercialism of Christmas loses out to love and the true spirit of the holiday.

Third, we have Cousin Eddie’s dog, Snots, in National Lampoon’s Christmas Vacation.  Snots, a Rottweiler mixed with some “Mississippi Leg Hound” causes holiday havoc drinking water from the Christmas tree stand, “yakking on a bone” and digging through the Griswold’s trash and chasing the infamous squirrel through the house on Christmas Eve.  Hopefully, your pets are better behaved than Snots this season!

And, finally, “Simpsons Roasting on an Open Fire” which was the very first episode of the long-running animated television show, The Simpsons features none-other than the aptly named greyhound, Santa’s Little Helper.  After Homer receives a depressingly small paycheck after working as a mall Santa, he and Bart go to the dog races to try to earn some more money to buy gifts.  Taking the dog’s name as an omen, they bet on Santa’s Little Helper, who comes in dead last.  His owner kicks him to the curb and right into Homer’s arms who takes him home as a gift for the family.  Christmas is saved when Lisa declares, “So, love at first sight is possible,” on seeing their new dog for the first time.  And, while giving puppies and kittens as Christmas presents is generally not a good idea, in this case, it worked out for the dog who needed a home and the family who wanted to share their love.

There aren’t a lot of cats in Christmas specials so Honorable Mention goes to Aunt Bethany’s cat who uses up her nine lives being wrapped up in a box, chased by Snots and ultimately being electrocuted by the Christmas lights.  While this is a humorous scene in the movie, Christmas lights, ornaments and tinsel can be dangerous to pets, so please be safe.  We don’t want you to end up with “fried pussy cat” this Christmas!

We at Patton Veterinary Hospital wish you the Merriest Christmas and we hope to continue to help keep your pets healthy long into the New Year!

This Blog brought to you by the Patton Veterinary Hospital serving Red Lion, York and the surrounding communities.